Kuwait-one of the largest oil producers on the globe that has a proliferating economy as booming as any developed western country. The nation today harbors expats equal to nearly two-third of its total population, taking up jobs in the largest multinationals from various corners of the world. However, a major chunk belongs to manual workers thriving in low-income jobs, but the number of foreign professionals in high-income jobs are also high, nevertheless.

The Kuwaiti companies might seem in the mood to hire locals for various employment options only, but the hacks for an expat to get recruited in Kuwait remain immense, anyhow. Not to go wayward, being picked up by a Kuwaiti recruiter, the most imperative thing to consider is getting done with your employment contract. The section to follow will throw some light on the same and wish to clear every modicum of inhibitions hovering above your head. 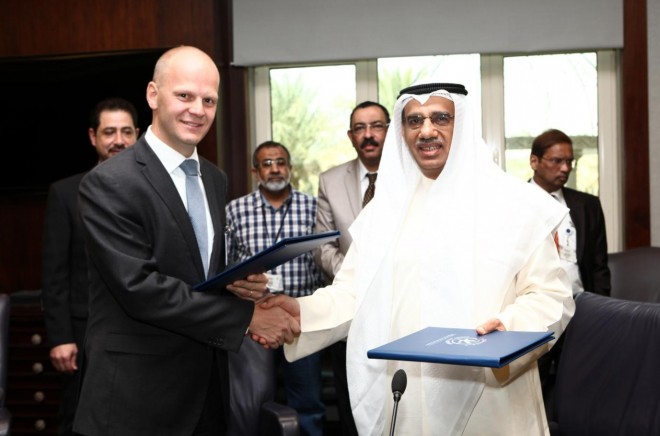 Yes, you witnessed immense pleasure securing a job in Kuwait, but does it end over here?

To start with, your employment contract stands as the most significant thing in your checklist. This will be a detailed document that will contain your conditions of employment and a thorough version of your job description. Entailing every duty that comes with your job profile, it will generally be in both English and Arabic. However, in case of a dispute, the labor law in Kuwait would refer to the Arabic one, straightaway!

Hence, you can get the document formalized with an official ministry or attested by a notary officer in the country. The contract would anyhow specify your basic salary, the time period it is valid for, along with the specifics pertaining to the organizational and reporting structure of the company. In addition to these, it would clearly lay out all conditions that lead to termination and the consequences to be bared in case any norm mentioned is broken. However, there are other important details covered by the document too.

This includes a period of maximum 100 days for which you can be hired as an employee. However, you might want to note that in case your contract is under probation, it is liable to be terminated without any notice. Monetary compensation for the same will be given to the employee, though.

Your contract would clearly specify that being an employee in Kuwait you can’t be compelled to work for more than eight hours a day and 48 hours per week . Moreover, to your satisfaction as a worker you’ll also be granted at least an hours break, after every five hours you work. A reason to take a gasp of breath, right?

In Kuwait all employees are granted a one full-days leave, every week. This will generally fall under the category of leave without pay. Speaking annually, the contract would also inform that you are allowed to take 14 whole days of leave every year for the first five years of service and 21 post that. In addition to all this, you’re also entitled to six sick leaves (with full-pay), followed by a quarter of salary’s deduction for every six days further.

Kuwait is an impeccable destination to work. A blend of all cultures with numerous chances to grow. You can surely make it a fruitful experience, once you keep the basics mentioned above in mind. Happy working!

Author Bio: Anshuman Kukreti is a professional writer and a keen follower of the global job market. An engineer by qualification and an artist at heart, he writes on various topics related to employment across the Gulf. Reach him @ LinkedIn, Twitter and Google+.