Every year, thousands of people visit Ireland on holiday. They experience the culture, cuisine, and music that the island has to offer. It is one of the oldest and most historically diverse parts of the United Kingdom. Ireland has had a very rocky relationship with the British Isles for almost all of its history. Because of the geographic isolation, history of conquest and strife, and the original cultures, Ireland has a very interesting relationship to English, the language of the British Isles. 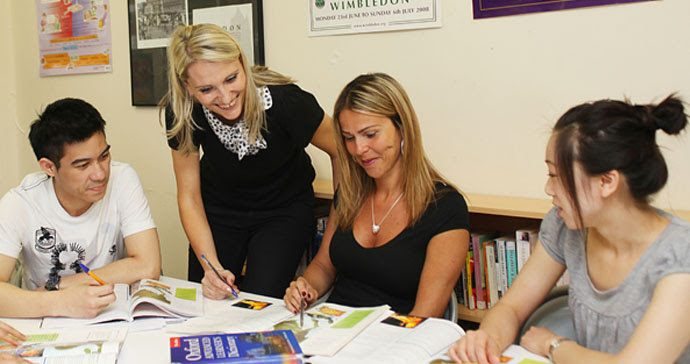 English was first introduced to Ireland by Cambro-Norman invaders in the 12th century. It was not very popular amongst the Irish due to their own Celtic language. They were not very keen on adopting the language of their invaders. Also, the Norman elites spoke Anglo-Norman French, so it was not demanded of the Irish.

English was formally reintroduced as Modern English in the 17th century when England itself conquered Ireland. Elizabethan English was enforced for all official capacities and became the language of choice for Irish nobility. Because of the requirement that official business be done in English, Gaelic began to fall out of favour. Fluency in English became essential to operating in society. In the 1850s, English courses in Ireland became even more popular as many Irish folk prepared to flee to Great Britain and the United States to escape the famine.

At this time, English is the official language of the Republic of Ireland and Northern Ireland. Many primary schools in both nations do offer Irish Gaelic as a primary mode of instruction for young children; however, as the children go through into secondary school, English is the main language. Some schools do exist that instruct primarily or exclusively in Irish, but these are less common.

What this means is that you can learn English and travel through all of Ireland. If you are looking to move to Ireland, English will be the only language that you need. Knowing a little bit of Irish could be useful, especially if you were visiting the countryside; however, it’s not necessary. Very few places have monolingual signage in Irish.

It’s possible that while you are traveling around Ireland, you will encounter some who speak an English dialect called Hiberno-English or Irish English. These are a set of dialects that combine the Irish language with contemporary English and some archaic English words. Currently, Hiberno-English is spelled with British English spellings. The language might be a little difficult for you if you have just started studying English, but it is much closer to Standard British English when written. Most of the archaic features occur in speech.

Whether you are looking to move to Ireland or just visit for a while, learning English can be a great way to enhance your time. Maybe you’d like to expand your business prospects and want to learn one of the most popular languages in the world. Whatever the case may be, learning English can open up a world of possibilities.