Common Law admission Test popularly known as CLAT was conducted for the first time in the year 2008. CLAT is conducted on a rotation basis by the 17 National Law Universities (NLUs) in India for the admissions to the UG (LLB) and PG (LLB) law degree programmes. This year CLAT will be conducted by Rajiv Gandhi National University of Law (RGNUL), Punjab. This exam will be conducted at the National level for admission to 5 years UG Programme and LLM course in all the participating NLUs in India. 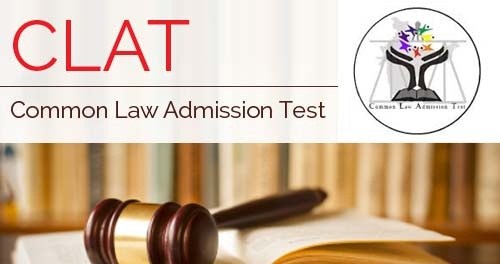 The Common Law Admission Test is the most popular entrance exam for law admission to as many as 2250 seats. It will be a computer based test to be conducted on May 8, 2016. The total marks of the paper will be 200. The subjects included will be English including comprehension, General Knowledge and Current Affairs, Elementary Mathematics (Numerical Ability), Legal Aptitude and Logical Reasoning.

CLAT Eligibility Criteria: The eligibility criteria for CLAT undergraduate level are as follows:

CLAT Admit Card: The hall ticket 2016 will be available from April 15, 2016 on the official website of CLAT. The hall ticket will not be dispatched through Post. Candidates have to enter their Registration Email Id and password to download the hall ticket and Verify the details given on the admit card. Candidates must keep their admit card safely till they get Admission in any of the National Law Universities.

Candidates are required to produce their CLAT hall ticket at the registration desk without which entry will not be allowed. Candidates are required to carry their CLAT Admit Card 2016 along with a Photo Id Proof (issued by GOI or state government) such as identity card, voter identity card, driving license, and passport etc. to the venue of the examination. Candidates should not write any kind of rough work on the admit card because for rough work purpose, paper will be provided at the workstation.