College is never easy, so expecting it to be a cakewalk is fruitless. You’ll be facing people from different backgrounds, ethnicity, upbringings, and experiences. You don’t know them, nor can you judge them so easily or quickly. Other than the tough working schedule and classes, you’ll also find yourself wondering if you made the right choices or decisions. It’s completely natural to question yourself and your motives every once in a while. 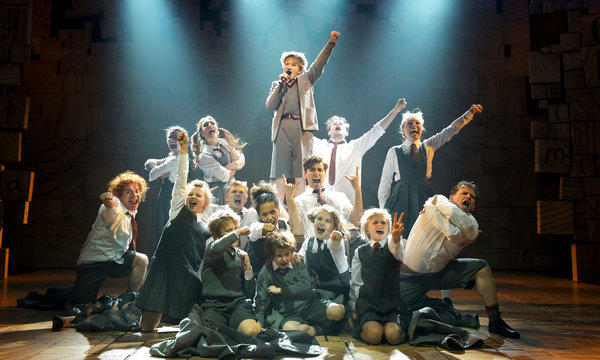 Due to the immense social pressure and life changes you’ll be facing, I have compiled a list of some of the most inspirational and evergreen rock songs of the 2000s which you can listen to and literally “face the music” with your head held high and a smile on your face.

This song is about taking control of your life and enjoying it because it’s yours and YOLO – you only live once. So why should you let other people dictate it and tell you how to live? It also motivates you to stand your ground, stay strong, and never back down from what you believe in.

This song teaches you not to take your life for granted and accept your mistakes because sometimes letting go is the better option. It also teaches you to not be afraid to always voice out your feelings even if many people disagree with you, as your peace of mind is far more important that what people think.

This song teaches you to spot fake friends from the real one. When you used to be invisible in high school, no one noticed you, but as soon as you started to become popular in the future, in college or your career, those same people who ditched you suddenly fake their smiles to be with you so that they could benefit from it.

Headstrong, as the title indicates, is about not backing down from your competitors. Also do not fall for first impressions, because what appears to be is almost always a façade. Don’t be afraid to take on any challenge because often, anything you face is actually a mirage.

This song was written after the singer Dave Grohl suffered a creative block. He was frustrated because of the uncertainty he felt about the future of the band because things just weren’t working out and during their hiatus, they produced unsatisfying results during their first recording sessions. So this song talks about overcoming your failures and how they should actually be treasured because they are your stepping stones towards success.

This song, according to the Amy Lee and Ben Moody, talk about picture perfect singers and celebrities like Britney Spears and Christina Aguilera and how celebrities like them have a completely false image. It hurts a lot of girls’ and women’s self-image because they don’t realize that the whole Hollywood industry is fabricated and they cash in their fake images for the public. Nobody is as perfect or talks like that. Same goes to anyone you admire. Everyone is wearing a mask, and you don’t know their backstory.

This song talks about being yourself throughout the hardships you face. Don’t lose any sleep over any bad luck you might face because everything will turn out to be alright. It doesn’t matter if you win or lose because, in the end, all that matters is yourself.

Move Along talks about keeping strong and moving alone even when you think that all hope is lost. Never give up, and finish what you started even if it’s just to make it through.

Rise Above talks about friends who are never there for you in a time of need, trusting too quickly is also costly, and how turning towards addictions is not the answer for your problems. Soul searching is also a form of learning. You should also not blame others for your mistakes or sell yourself short, because once you face your fears, you’ll surely rise above all.

Famous Last Words is talking about letting go of things which demand too much of you, even if it’s too hard to let go. You should not be afraid to keep on living, move on or walk this world alone just because you’re unsure of a future without someone.

It’s never too late to turn things around and make up for lost time. This song faced censorship issues because it talked about suicide, even if it just spoke about how ending your life is not the answer because of something you faced in the past because no one saw it coming. The word “end” was censored out in the official releases.

This song talks about not yielding even if all seems lost. You should be strong enough not to have to bow down to anyone or break. Survival is crucial, and you shouldn’t be fake, proud, or cold-blooded.

The Legacy explains us to never stop working hard for what we hope to achieve, as no one can tell us who we are. Aims and ambitions are born from dreams, and we control our own destiny from that way on.

Songs like these on this list have just the right amount of angst mixed in with motivation and driving in inspiration. I hope you’ve had as much fun going through these songs as much fun as I had to compile this list.

Suzy Williams is a blogging enthusiast and works for an academic blog. She uses her blogging skills to inform her audience about different aspects of student’s life at top essay writing service in UK firm. Some of her favorite topics include academic practices, career trends, and corporate world.