One of the most common dreams young children have is to grow up and be famous. There are numerous ways in which to do that, but becoming a successful actor or actress is definitely at the top of the list.

While many people with dreams of starring on the big screen or on Broadway never fully realize them, some actually do make it into show business and become highly successful actors. Plenty of study and practice in the world of theater can help bolster a career, but there are some habits that you won’t learn in drama class. 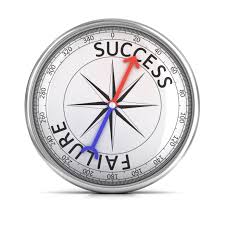 Let’s review four of the most common habits that successful and aspiring actors possess, and how they can help further any actor’s career.

Various actors – both large and small – will tell you that a key part of snagging roles and impressing filmmakers is to be first in line.

Many actors will tell you that by submitting your audition tapes as soon as possible, showing up early for in-person auditions, and reaching out as soon as casting calls are open, you’re more likely to get picked. Career Activate recently published a piece that outlines how “the early bird gets the worm” more often than not in these situations.

Ask any major actor or celebrity about their pathway to success and they’ll tell you that they experienced plenty of failures. How people respond to the notion of failure is in itself a test; it shows how strong a person’s resolve is and how dedicated they are to overcoming the obstacles in their way.

In order to be a successful actor, dealing with failure in a positive way is an absolute must. Some of the most successful actors have shared plenty of notable personal failures that made them who they are today.

Building a notable and successful acting career is heavily contingent on having the right connections. While aspiring actors may not yet have the relationships necessary to star in a major motion picture, they can begin networking and building connections with fellow actors, directors, producers and local theaters.

The more your name is out there; the more likely you are to be considered when a particular audition occurs for a character you’d portray well. Many of the biggest names in the acting business owe their careers to relationships they built in their early years.

Last but not least, even the most aspiring actors who ultimately make it big possess a certain sense of professionalism. This can be shown in a number of ways, but first impressions ultimately matter. For instance, high-quality headshots – with different styles for different auditions and occasions – can help truly sell your pitch during an audition.

Other common elements of professionalism include slate shots, which help showcase your acting skills upfront. Additionally, professional actors make sure to sell themselves in the notes and list any specific talents they possess. This will get the producer’s attention and help highlight why you’re abetter choice than the competition.

Success in the world of acting requires a bit of luck, plenty of preparation, some professional training, and plenty of focus. In addition to that, making these four habits central to any acting persona can help lift a struggling career above and beyond the doldrums of obscurity.