The social sciences and humanities aren’t promoted nearly as much as they should be. Some argue that they aren’t valued enough, either. Perhaps there is a correlation. Either way, it’s typically degrees in science, technology, engineering, and mathematics (STEM), that receive all of the attention. Much has already been written about the value of earning a STEM degree. It’s clear to students almost everywhere that having one makes them far more competitive in the job market. Yet that’s only one side of the argument. 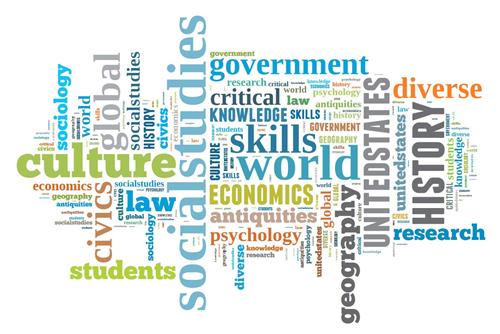 The social sciences and humanities are no less valuable, despite how those disciplines are often viewed. John Horgan published his thoughts about the topic in the Scientific American. He explains how “social scientists are accused of being soft” and of “trafficking theories so lacking in precision and predictive power that they don’t deserve to be called scientific.” According to John, however, things could be changing now that researchers can rely on sophisticated computer models to run simulations based on collected data.

John isn’t alone when it comes to advocating for the humanities and social sciences. Danielle Allen at The Washington Post declared that the humanities are just as important as STEM. She highlights prominent figures who earned degrees in humanities (e.g., General Martin Dempsey, Harold Varmus, Steve Jobs) and then suggests that we ought to avoid becoming “a nation of technocrats.” The takeaway should be obvious: the humanities and the social sciences complement STEM pursuits — and vice versa.

Career advancement with a humanities or social sciences degree isn’t nearly as challenging as the media purports. While it’s true that the job market is highly competitive, that doesn’t mean graduates of the humanities and/or social sciences are struggling disproportionately. Catherine Conlon at Monster already showcased five entry-level positions perfect for humanities and social science majors. Examples include everything from a government economist and data analyst to a management consultant or a public servant. All of those careers could prove rewarding, both financially and personally.

Terry Ward at CollegeXpress has gone much further and outlined dozens of relevant career paths for humanities and social science graduates. He introduces readers to specialized careers within disciplines, which helps to reinforce just how much opportunity there is. For instance, those interested in pursuing a career in education could land positions such as an archivist, an editor, or a museum curator. People interested in pursuing a career in linguistics could land positions as a librarian, a philologist, or cryptanalyst. The list of examples goes on and on.

The first step, of course, is to earn the degree itself. There’s no shortage of options when it comes to academic programs, as is evidenced by the rigor and variety of courses in the Boston College economics program and those found at similar institutions. Academic rigor is only one factor to take into account, however. The time and financial investments must also be factored into the equation.

Often, careers in the humanities require degrees beyond a bachelor’s. Staff writers at The Princeton Review shared some salient advice when it comes to choosing the right graduate school. That’s the best place to begin finding guidance on the selection process.  Another sound strategy is to explore whether or not it makes sense to work while studying. That tends to be the most feasible plan for those enrolled in premium graduate programs. Fortunately, Lynze Wardle Lenio at The Must did everyone the favor of sharing her four-step survival guide to balancing work and grad school. She encourages people to adequately prepare themselves mentally and to finalize finances well ahead of time. Procrastination can seriously undermine otherwise relatively simple scenarios.