If you are looking to teach your child or student that learning a new language is a good idea, then take a look at the arguments within this article. This article takes a look at a world as it is and helps explain how you are going to have to learn another language if you live in an English speaking country because a second language is often present because of the second largest racial population (with the first largest being Caucasian white). 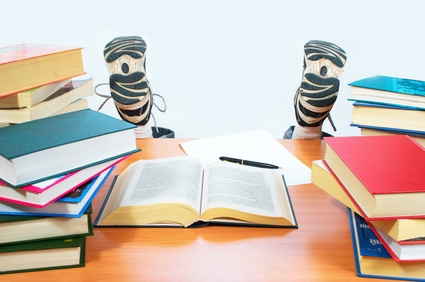 Let’s take a look at the World and Our Country

The words “racist” and “unfair” are often bandied about as if they are the new evil, but racism has its place in society so long as people are not coming to physical harm because of it. The intermingling of people from different races, and from different backgrounds, stirs up racism in all its forms. To suppress such racism will only push it into darker and more sinister places. One way to lessen the effect of this racism is to learn the native language of the other person.

Contrary to popular belief, the number of black people in the US that have an African heritage is only around 10%. Over 25% of the USA is now of a Hispanic racial or cultural background and the number is growing. It is even effecting Hollywood movies, such as how Buzz spoke Spanish for quite a while in Toy Story 3, or the Mexican theme in Despicable Me 2, or the massive amount of Hispanic culture in the movie Turbo, etc, etc. So, if you are living in North America, then it is a good idea to learn Spanish.

The Same is Happening All Over the World

You may think that learning another language is not needed because you can just move to another country where you do not have to speak Spanish. Mexico is still very Spanish, in Brazil you have to speak Portuguese, in Canada you may have to learn French, in Britain you will have to learn Urdu because much of the population is Pakistani. The list goes on and on, with the fact being that if you want to do well in an English speaking country, then you are going to have to speak at least one other language.

People in Other Countries have to do it Too

Go to many countries and you will find that a large part of the population have a second language. In Europe, a lot of people have English or Russian as a second language. It is not such a stretch to think that maybe you could learn a new language too. Plus, how can you be sure what the future holds and if you will need to speak the language in the future for reasons you do not yet grasp.

You can Watch Foreign Films without having Subtitles

There are many good foreign movies you can try. There is the Chinese “Crouching Tiger Hidden Dragon”, and there is “13 Assassins” from Japan. There are a host of legendary Guillermo Del Toro movies in Spanish, and there are some great and disturbing South Korean movies such as the Uninvited.

You have a Backup Plan for your Future

There are times in your life when things are not going to be as easy and pleasant as you think they are going to be. Life is going to kick you repeatedly, and as you gasp for air, it is going to tread on your throat. It is wise, if not necessary, to have a backup strategy. You may be planning to be a sculptor, but if you break your fingers off in a car door then you still have your foreign language to fall back on. Think of the thousands of people that took courses in web design in college, and now most of them are jobless because people use content management systems instead. If those people had a foreign language to fall back on, then they wouldn’t be working for pennies per hour or be jobless at the moment.

If you learn a foreign language, then you can broker deals with other countries, translate text, become a pro essay writer or be a person-to-person translator. You can learn how to speak it or how to speak and write it. The choice is yours, but it gives you more options for when life kicks you.