Drama can play a key role in the education of both adults and children, boosting confidence and adding skills that can have a positive impact on all areas of life.

An EU-supported investigation looking at the effects of drama on education found that students who took part in drama activities and educational theatre demonstrated a wide range of benefits compared to their peers.

The DICE (Drama Improves Lisbon Key Competences in Education) project involved drama and educational theatre practitioners from 12 countries, including the UK, in a bid to show the impact drama can have on factors such as communication, the ability to learn, social and interpersonal skills, entrepreneurship and cultural expression. 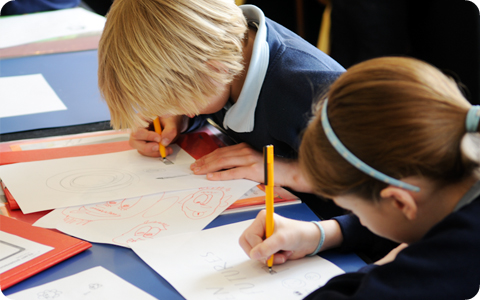 The results, based on data from almost 4,500 students, found that students who take part in drama activities generally benefited from higher teacher assessments, felt more confident when understanding and reading tasks, communicated with more confidence, were more prone to feeling creative, enjoyed attending school and related activities more, were better at solving problems and could cope with stress better.

Other benefits noted were that those students involved in drama were more active citizens, had a greater interest in public issues, were more empathic, were more entrepreneurial and innovative and had more plans for the future.

Young people taking part in drama activities and drama based learning were also found to spend more time at school on average and more time on communication with family members and playing games, whilst spending less time playing computer games and watching television.

The project outcome predicted that including drama and educational theatre in curricula can have far-reaching effects, including rising employment rates, a reduction in early school-leaver numbers, better-quality training and education at all levels, an improved link between education and culture, more active citizens, more sympathy for cultural diversity and citizens who are more competitive, innovative and creative.

The project aimed to add scientific credence to what many drama practitioners claim to have known for a long time: that the benefits of drama can extend much further than the simple cultivation of actors and performers. The idea is that whilst drama has its own intrinsic value as an art form, it also has major cross-curricular importance.

Back in 1985, Arts and Education was published by The John F Kennedy Centre for the Performing Arts, The Alliance for Education and The American Association of School Administrators, stating that the development of creative leaders must be a key aim in education in order to meet future challenges – something widely agreed to be facilitated by drama activities and drama based learning

More ancient history, too, seems to support the idea of cross-curriculum benefits of drama and arts in education. One famous Chinese proverb, for example, claims that just telling a student something will lead them to forget what they have been told. In contrast, students who are shown will remember, but it is those who are truly involved who will understand.