This agreement has compelled even developing countries to strive towards excellence in education. Gone are the days when people used to consider the United States and the United Kingdom as the only countries with the top-rated education system. But it is no longer an exception as even Asian countries offer high-quality education to students.

The best education system engages more students to enroll in primary and secondary schools which in turn improves literacy rate. 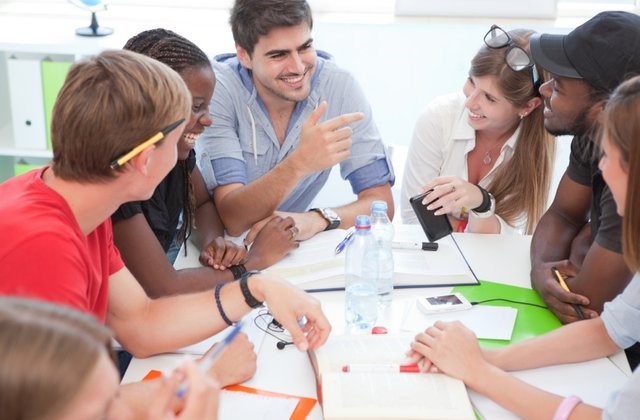 Without further ado, let’s find out some of the best countries that are known for their superior quality of education:

Situated in Europe, Finland runs perhaps the best education system in the world. The success of its education system is primarily associated with its model that does not discriminate students based on banding. Both strong and weak students are able to study together without feeling any sense of disparity. The academic institutions in the Finland are considered the best in the world.

South Korea has paved its way to becoming the best education system in the world. In South Korea, children go to school 7 days a week. The growing education trend in the country has increased its literacy up to 97.9%.

In addition, this country is considered an ideal destination for international students. The ‘A-lister’ educational institutes along with blended classrooms are what make this country an ideal place for education.

No other country can claim to be better in terms of technology-based education than Japan. The country is a paradise for international students. Japan has gone through some major educational reforms in recent times which have helped this country to become of the best in education.

Ireland has an impressive literacy rate that goes up to 99%. The country offers free education to its students. Currently, the education sector of this country is growing by leaps and bounds as its annual budget goes up to €8.759.

After setting an exemplary paradigm for native students, it looks forward to becoming one of the best study destinations for international students as well.

Highly effective educational reforms have led Poland to mark its name among the countries with the best educational system. In Europe, it is counted among the top 10 countries the best teaching infrastructure and syllabus.

The growing education trend in Germany is what makes Germany one of the best institutions in Europe. The best thing about this country is that you will find five different kinds of schools when it comes to secondary education. Germany has some of the most prestigious universities and many of them provide education for free.

Australia boasts an impressive overall literacy rate of 99%. The education system of the country is recognized internationally and it is one of the reasons students flock to this study destination to get the higher education. In Australia, the secondary diploma has 75% attainment, while the post-secondary diploma stands at 34%.

In New Zealand, the spending on education has reached up to $13,183 million between 2014 and 2015. Maori and English are two major languages for teaching. It is also one of the most prominent study destinations that provide top-class higher education to both native and international students.

There are also many international students who are studying in various universities in the Czech Republic.

In Estonia, the government spends 4% of its own GDP on the education sector. From primary level to higher level education, the government makes sure that students get the best education. This country has a particular fascination for international students.

Estonia follows its ‘1992 Education Act’ that ensures that the laymen get the best quality of education at every level.

Qatar is recognized as one of the most popular countries for providing the quality education. Situated in the Gulf region, the country is putting in lots of money in its education sector. The government-run schools provide free education only to Qatari citizens. The country’s mission to become a self-sufficient country in the education sector is the part of its ‘Vision 2030’.

Joseph Carey is a professional Teacher and Online Educator. He has served the education sector for the past two decades. He is also one of the professional essay writers in a reputed academic writing firm. Playing rugby and soccer is one of his best interests. You can get connected with him on Google+.