It’s commonly noted today that young people seem permanently tethered to their devices. Unfortunately, this isn’t only true at coffee shops, shopping malls and nightclubs but also at school. There is a growing body of evidence indicating that distraction is a real problem for today’s students. As someone who has recently graduated from college, I know something about distraction. While mobile phones and other devices certainly play a major role, I also think the issue is more complicated than simply banning smartphones in the classroom. 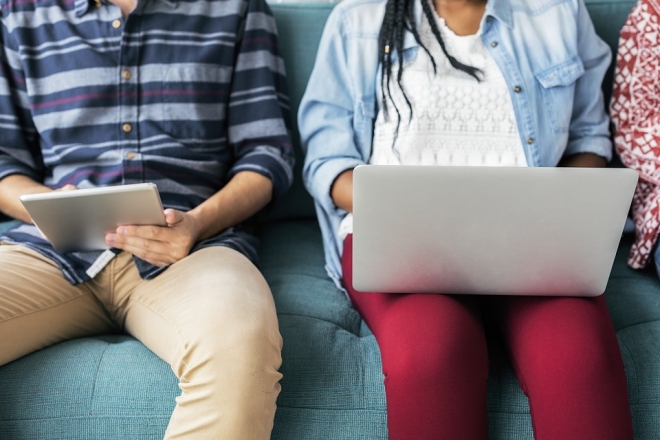 The Many Distractions Faced By Students

There is no simple answer to the question of what causes distraction. Modern technology certainly has something to do with this phenomenon. A recent Kent State study of university students links cell phone use not only with lower grades, but also with increased anxiety and reduced happiness.

Yet the problem of distraction begins a lot earlier than college. We only have to look at the rising number of children diagnosed with ADHD to see evidence of this. Recent statistics indicate that one in eleven children between the ages of four and seventeen is diagnosed with ADHD. While it’s true that many kids today are starting to use electronic devices at an early age, it’s hard to say for certain if this is the cause of problems such as ADHD. Additionally, this issue goes beyond kids who are actually diagnosed with ADHD. Even “normal” kids are often distracted. What are some of the possible causes of distraction?

The above possible causes are not mutually exclusive. For example, the fact that so many kids, as well as adults, are sedentary today can be largely blamed on electronic devices.

There are no easy answers to the problem of distraction. It was certainly an issue for me when I was a student. I’m afraid, however, that for each new generation, the problem is getting more severe. The earlier children become accustomed to texting their friends, answering instant messages and browsing Facebook at all hours of the day, the harder it is for them to focus on a single task such as studying or listening to what the teacher or professor is saying.

A good argument could be made to ban devices in the classroom, or at least to demand that students keep them shut off. A complication occurs, however, when the curriculum itself uses electronic devices. One solution would be for schools to install software that makes it impossible for students to use electronic devices.

One possible remedy is to emphasize the value of non-digital resources for learning. Many students today simply assume that everything worth knowing is online. Yet when you start researching anything online, you are immediately prone to thousands of potential distractions -emails, ads, enticing websites, etc. I found that retreating to the world of old fashioned print books and magazines was a healthy antidote to this type of distraction.

For example, when I was studying law I rented law textbooks online. While I ordered them from this very helpful website, these were physical books that I could study without worrying about the usual electronic distractions. For this reason, I really think there is now too much emphasis placed on online learning and using the internet for research. While this certainly has its place, it makes it much more difficult for students to focus on the task at hand and soon, when they’re pressed with deadlines they turn to online essay writing services, which, to be honest, helped me a lot during my college years.

While countering distraction may seem like an uphill battle, I think we can make progress if we address it on multiple fronts. To begin with, we can encourage students to rely on offline research so they don’t become overly dependent on the internet (ie. while working on book reports). We should also discourage them from using phones and other distracting devices in the classroom and reward them if they follow this rule with a simple gift like a math T-shirt. Additionally, more research needs to be done on the roles played by other factors, such as diet and lack of exercise.