Soma is a concept that represents the body as it is perceived from within. Somatics represents an area of bodywork studies focused on the internal physical experiences. The concept is often used in psychotherapy and in dance. In therapy, the somatic approach focuses on the embodied self, using body oriented therapy techniques. In simple terms, this type of psychology focuses on connecting the division between the body and the mind. Western medicine has already proven that the mind has a strong impact on the body, since we now know that numerous illnesses are caused by stress, and placebo treatments are quite often very effective for various illnesses. Somatic therapy applies these facts and principles in reverse, using body therapies in order to heal the mind. 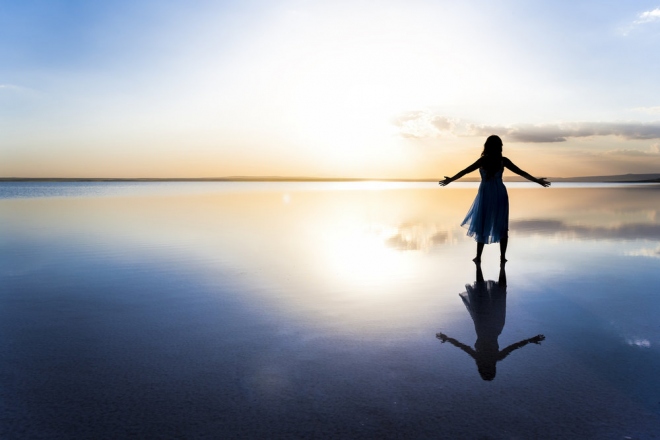 Throughout history, numerous psychologists and thinkers have explored the connection between the body and the mind, but it was Pierre Janet who first understood the true power of this connection. His studies and writings have a strong focus on body-oriented psychology and most of them predate Freud. At the time, it was quite unimaginable to use the body as a psychotherapy technique, but in time, more and more therapists started to understand the power of the mind-body connection. After Pierre Janet, it was Freud who started exploring the role of the body in the health of the mind, particularly in the treatment of neurosis. Freud’s student Wilhelm Reich also had a deep interest in somatic psychotherapy, and many people consider Reich to be the founder of this type of therapy, since he created his own way of combining body and mind therapies, which he called character-analytic vegetotherapy.

Somatic psychology is inspired by numerous ideologies and principles. One of the most influential concepts that contributed to its development is Vitalism, which states that living organisms are governed by principles that are completely different than those that govern inanimate things, referencing the existence of a soul or an inner energy.

Empathy is another strong concept that influences somatic approaches, more specifically the empathy that an individual has for their own self. It is believed that after a traumatic event, a patient will be stuck in either a fight, flight or freeze state, none of which are beneficial for overcoming the trauma. Somatic experiences seek to resolve these physiological states, by increasing a patient’s emphatic potential towards their own self, in order to acknowledge, accept and overcome traumatic experiences.

Although there are not yet enough studies to have conclusive evidence in this matter, it is believed that social and cultural forces have a great impact on the division of the mind-body connection. Cultural norms, daily responsibilities and society’s overall standards can inhibit a person’s inner self, resulting in stress and an overall decreased health.

Many of the treatments used in somatic psychotherapy involve relaxing and pleasant activities such as dance, breathing exercises, posture exercises, sound therapy, massages, yoga and so on. All of these activities have a positive nature and they can be used to relieve stress and increase happiness, being beneficial for a wide range of psychological issues. However, somatic treatments have proven to be particularly efficient for trauma patients.

The mind has a way of expressing itself through the body, and these expressions are usually more obvious after traumatic experiences. From basic expressions like constant frowning, a bad posture and defending gestures, to serious symptoms like real physical pain, traumas always take a toll on the body. Somatic therapy identifies these negative bodily expressions, and seeks to correct them while exploring their causes, and teaching patients how to overcome their fears and the negative events that marked them. The first responses to somatic therapy are usually a better body awareness, reduced stress and less fear of exploring emotional concerns. Prolonged treatment is very efficient for reducing anxiety and depression, and for increasing the patient’s self-confidence. In the long run, patients are taught to make peace with themselves and bridge the connection between the mind and the body.