Student loans are a burden on the students of an institution as it takes advantage of poor or students belonging to middle class when a brilliant student from low income background is forced to take a student loan for his degree. If we talk about US,student’s loans have increased over the past 20 years and it now sums up to $1.3 trillion. 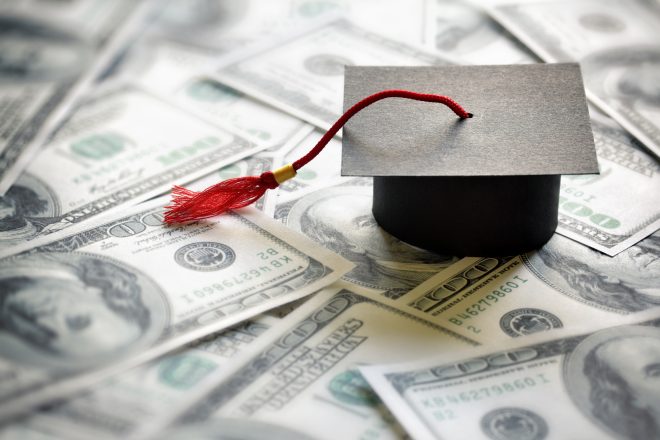 Working part time: Students belonging to poor backgrounds have to work part time to payoff that debt which is on their shoulders since the day they start their degree. This directly effects their studies and grades as they underperform most of the times. Creative abilities of such student dampen and he/she cannot prosper mentally or physically.

Psychological damage: Paying the debt back is sometime one of the most stressful duty for any one. Students have to worry about grades on one hand and on the other hand they have to worry about debt and as a result falls prey to psychological distress. The level of stress that is found in the students of this era is equal to the stress level of aged people of last centuries, according to the researches. As mental health of the students is priority at any cost, psychological distress has the worst impact on students who are sinking in debt.

Poor grades:Issues relating to working overtime and psychological damage leads to poor grades in the educational settings. Students who are under educational debts are often found to score low grades in the exams. Most of the students spend more time at the campus just because they fail to clear their courses and as a result they can’t socialize with this world and are confined to themselves.

Unstable Career: When a student gets in debt at such an early age he loses his/her focus towards studies. More over the individual starts to worry about how to repay the loan. This leads to a constant stress which will perturb his/her mental as well as physical health. Suppose a student after graduating gets a job offer from two companies. One company is offering $5K while other company is offering $7K. The former company has more career opportunities and more growth than the latter company. But the concerned student will go for the company which is offering more even if it means abdicating the career.

Problem in Social Life: Individuals who are studying with student’s loans might find it difficult to find an equilibrium position for their social life, educational life and work life. We know that this is the stage of the life where the importance of having a social circle is very important. If the person is not able enough to create a balance he/she might not be able to perform to the fullest in life.

Rejections from jobs:As we know that most of the companies working in the market go for checking the background of the candidate. If by any chance the student is unable to clear the debts before applying for the job he/she will be rejected by the company because of the unclear debt records. In this way the student might have to let go of their dream job. It is advised to pay back the debts as soon as possible to have clear financial records for the future prospects.

Authors Bio: This article has been written by Johnny wells who is a freelance writer and photographer who works for Assignment help service | A-One Assignments and likes to cover news.